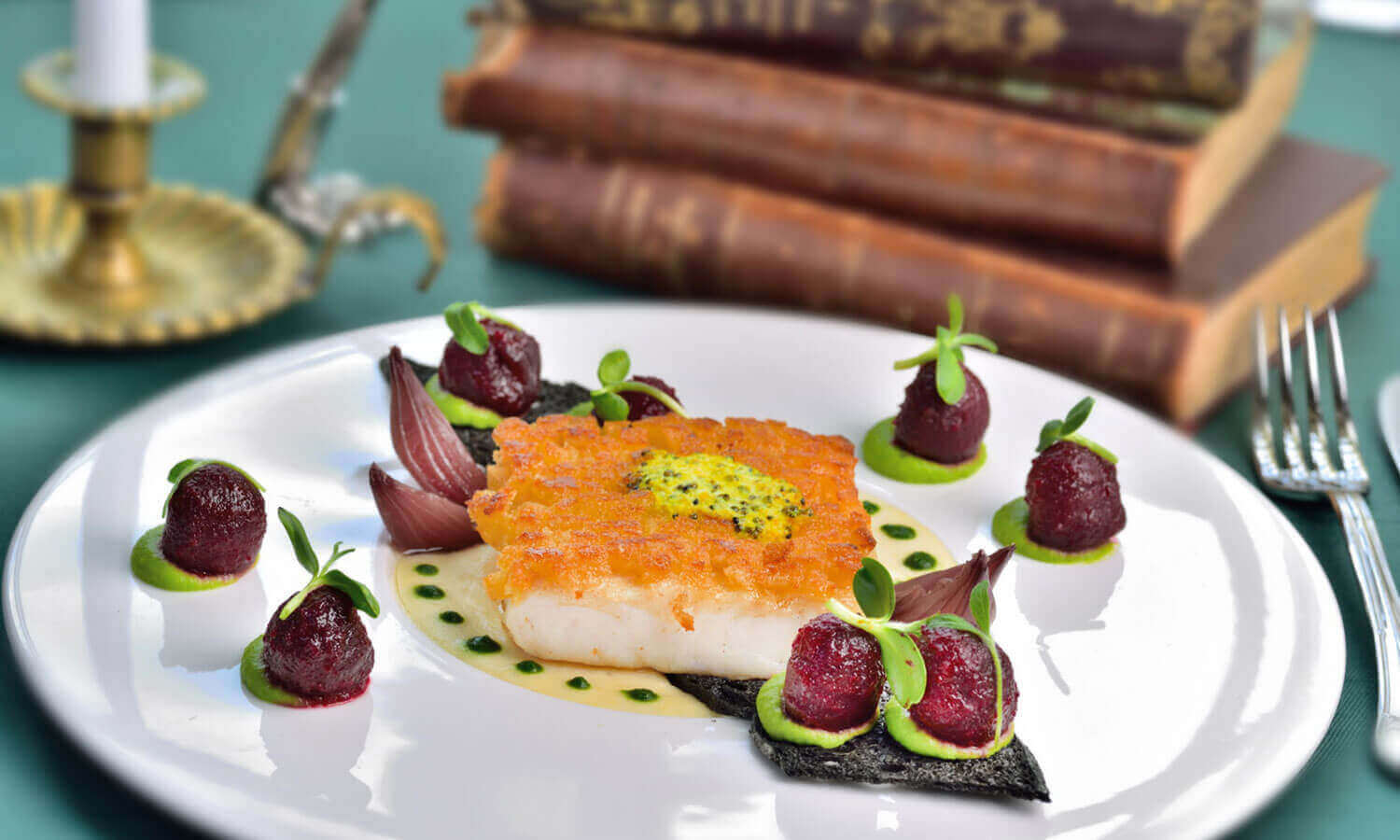 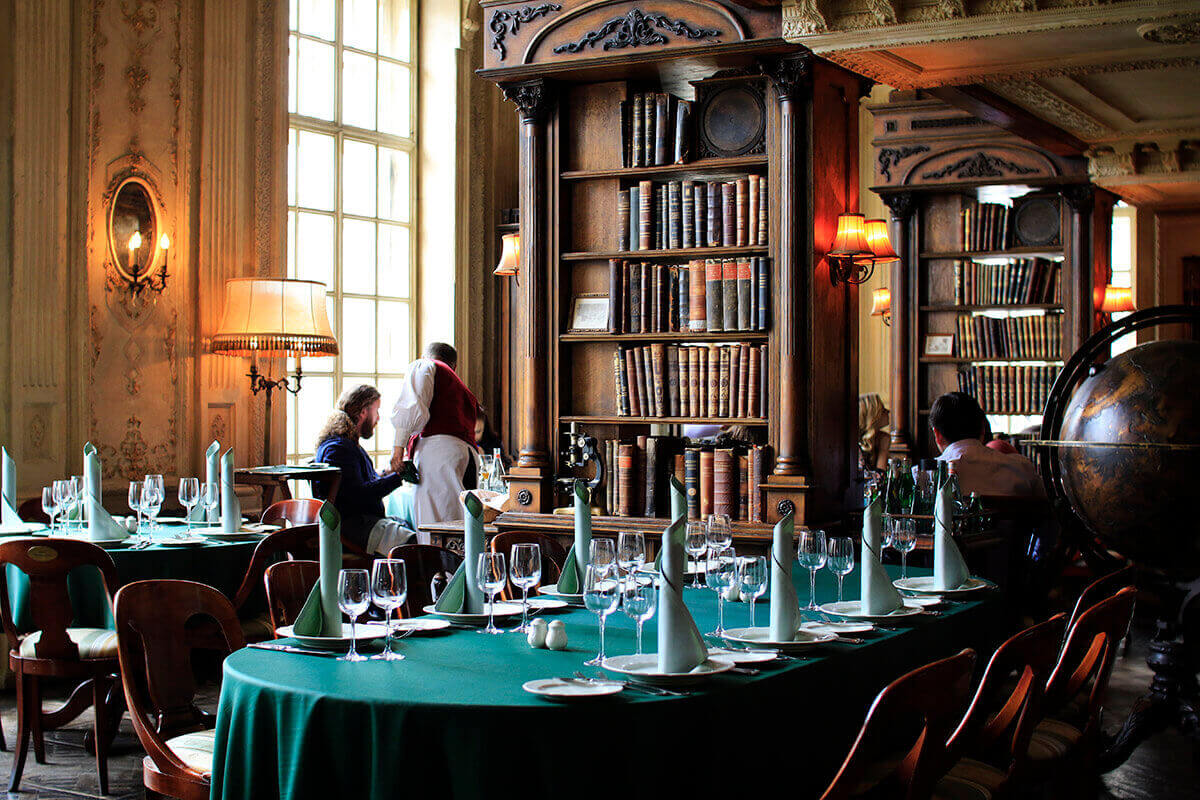 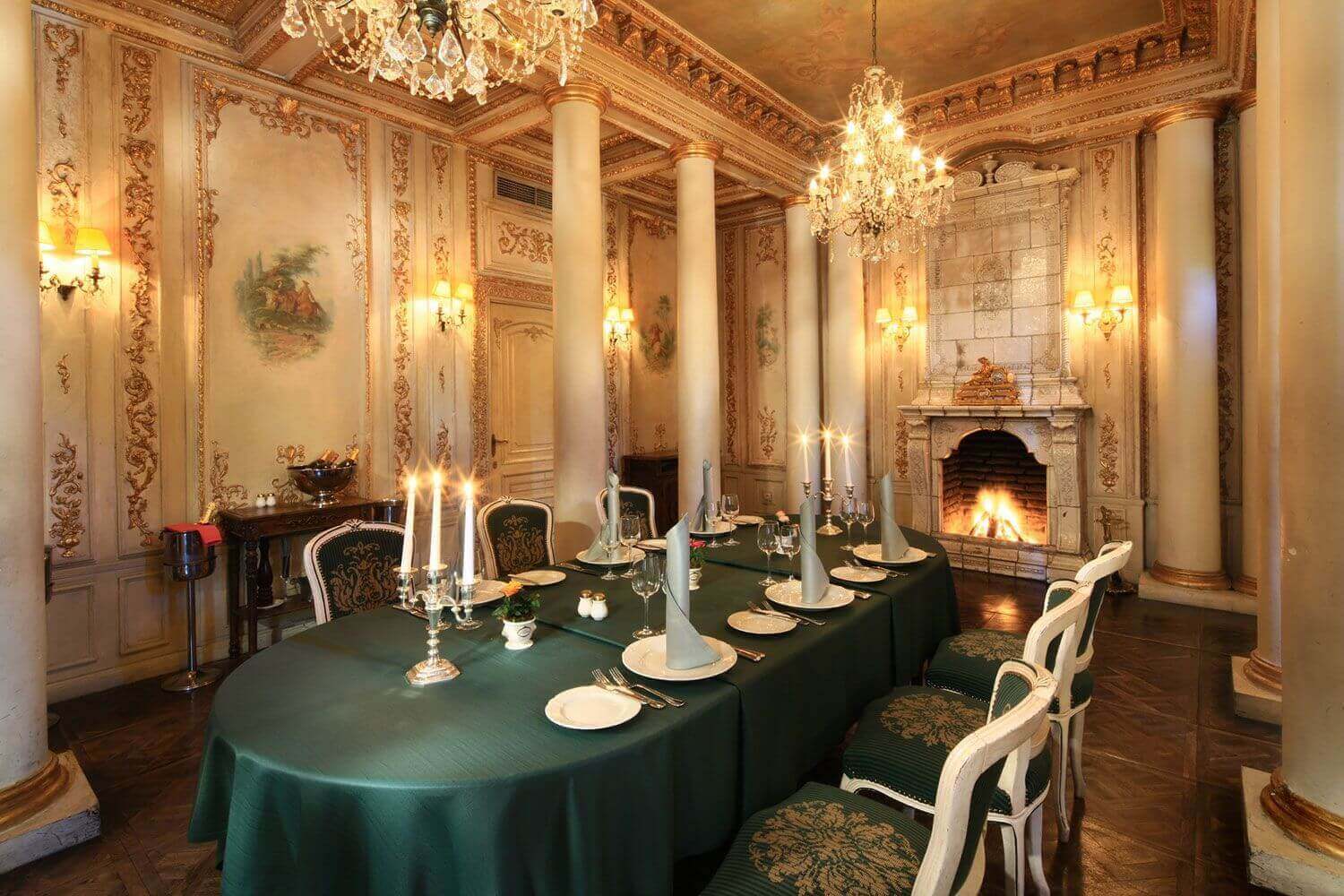 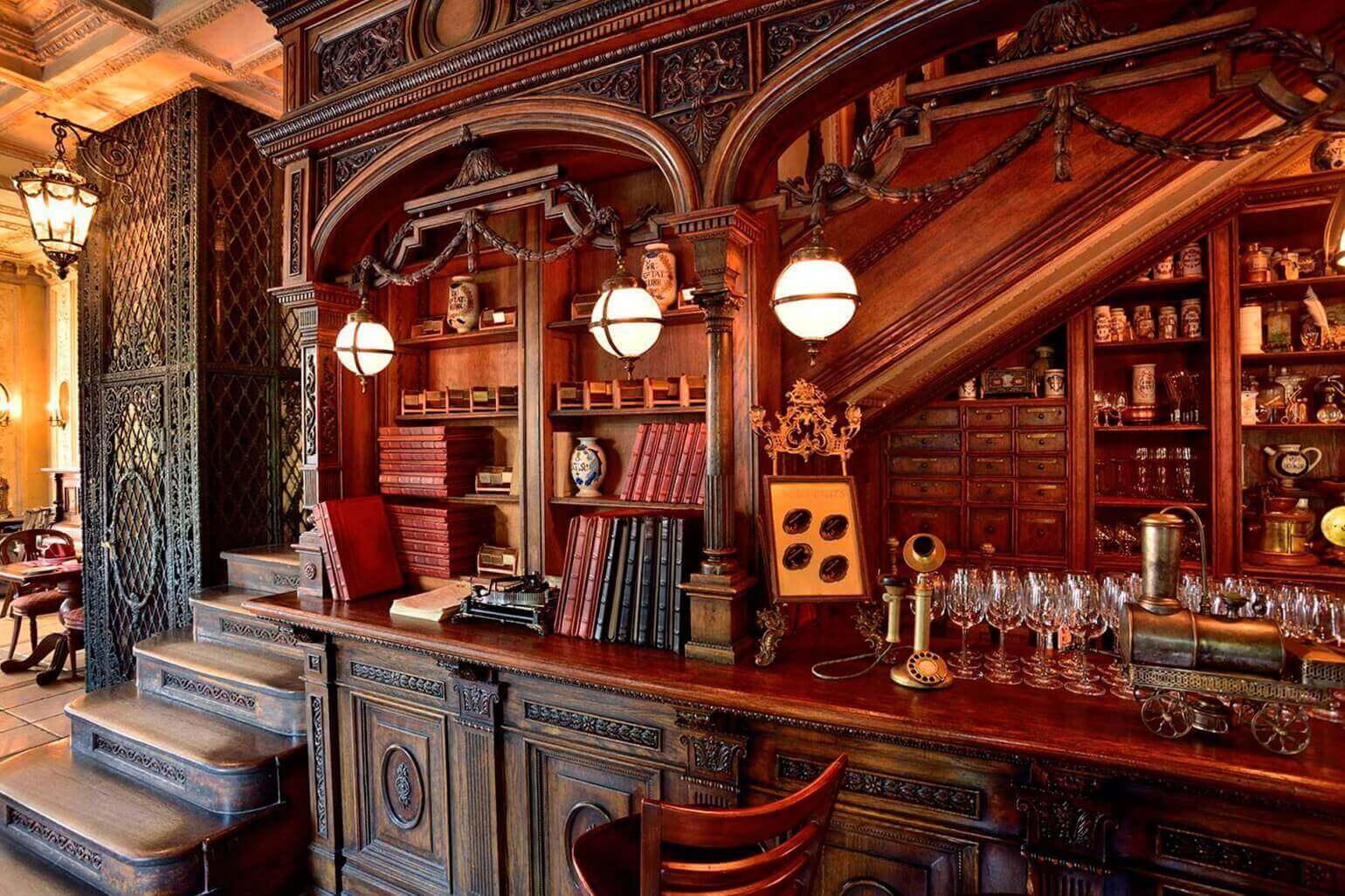 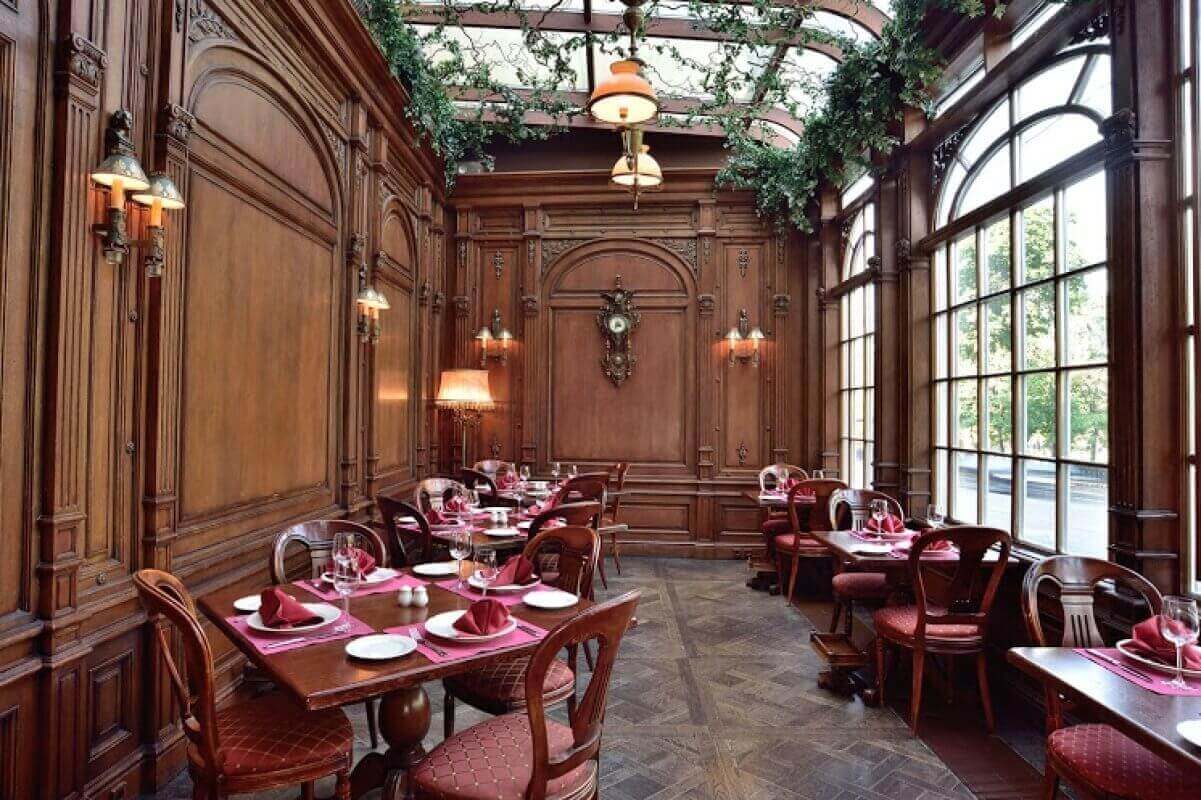 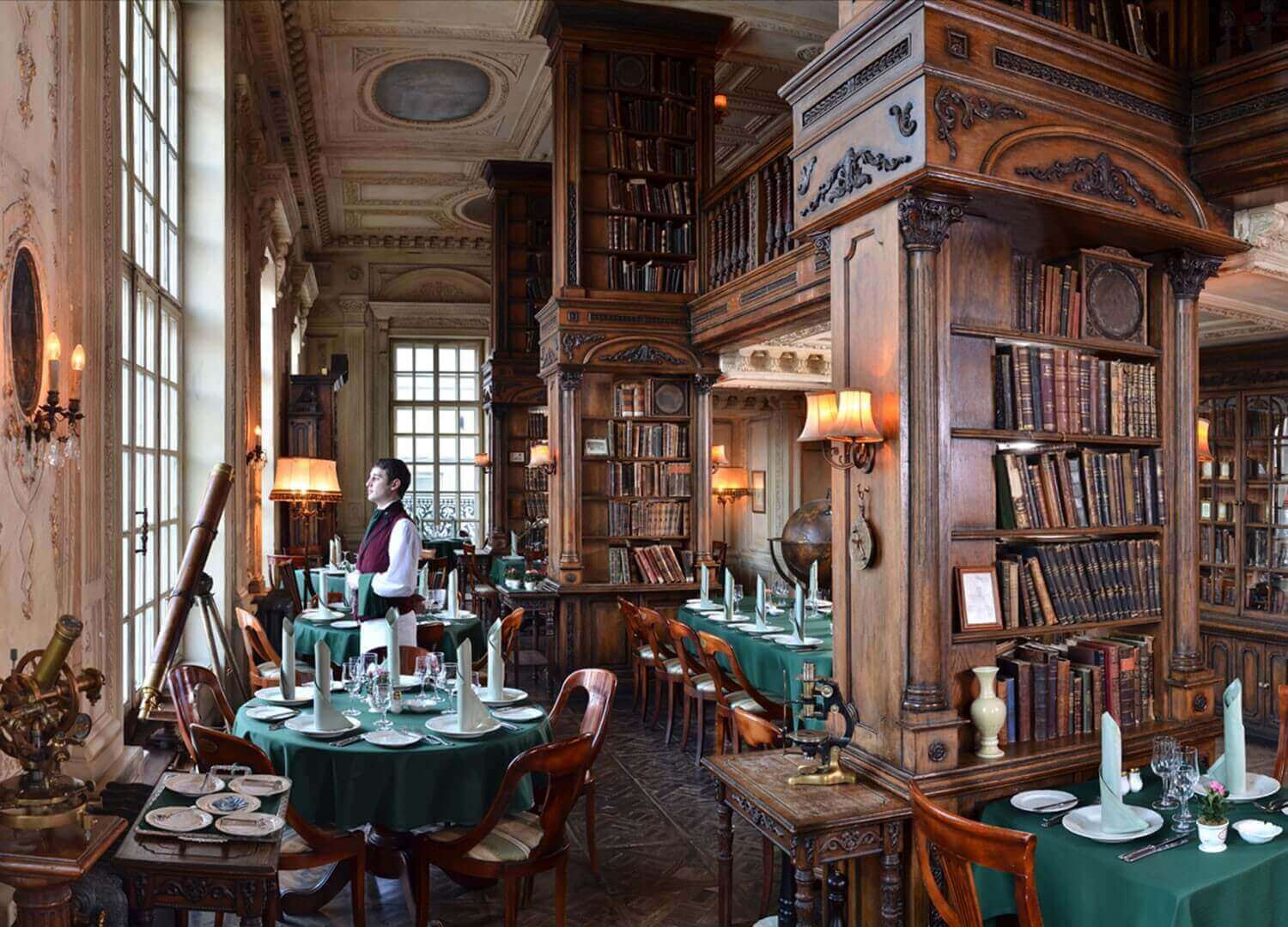 The restaurant, opened by restaurateur Andrei Dellos in 1999, specializes in dishes of Russian noble cuisine. The interiors of the halls are made in the historical style of the XIX century.

The three main halls of the restaurant – “Pharmacy”, “Library” and “Antresol” – represent the premises of the XIX century with a large collection of antique items. One of the main attractions of the house is a large library. There are publications from the period of the XVIII to the beginning of the XX century