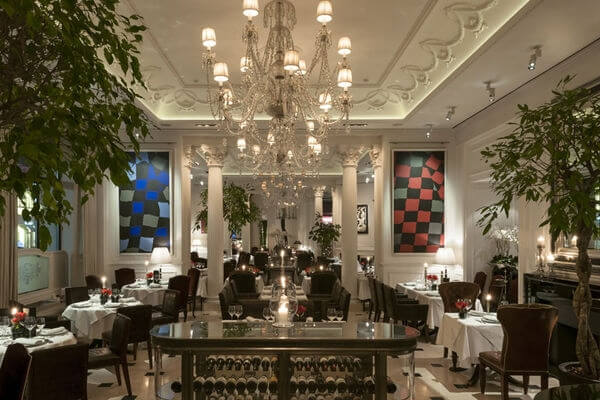 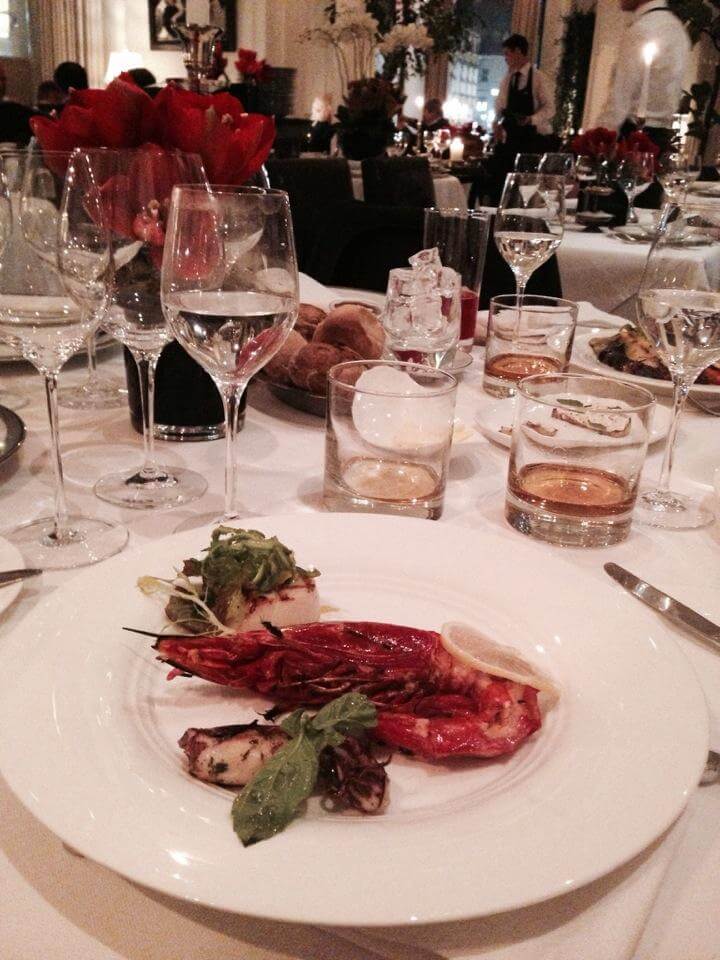 The Bolshoi is a landmark restaurant, the likes of which Moscow has not seen for a long time. It is appropriately located right next to the Bolshoi Theatre and is the perfect place for a post-opera dinner. The restaurant’s interior is ornate and stylistically uniform (an uncharacteristic trait for Moscow), refreshingly white and bright. Among its features are classic, dark leather chairs, dazzlingly white tablecloths and columns, a black-and-white tiled floor, flower arrangements and a gorgeous chandelier. On crossing the Bolshoi’s threshold, one feels as if the curtains have just been parted to reveal a lovely, elegant space, giving rise to a festive sense of surprise that one wishes to savour for a while. According to reviews by Moscow restaurant critics, the Bolshoi may very well withstand the test of time and still be a hot spot 10 or 20 years from now. Opened by famed Moscow restaurateur Arkady Novikov, the establishment’s European menu is interspersed with occasional Russian culinary elements. The prices, of course, befit a restaurant of the Bolshoi’s superior calibre and prime location. Nevertheless, if you take it easy with the wine – which is obscenely expensive in Moscow – you won’t be left gasping in shock upon receiving your bill.